Study and practice with others

I was sent this Dogen quote, from Tanahashi & Levitt's The Essential Dogen:

Enlightenment and clarity of the mind occur only in response to the sustained effort of study and practice. Endeavoring in the way ripens the conditions of your practice. It is not that the sound of the bamboo is sharp or the color of the blossoms is vivid. Although the sound of the bamboo is wondrous, it is heard at the moment when it’s hit by a pebble. Although the color of the blossoms is beautiful, they do not open by themselves but unfold in the light of springtime. Studying the way is like this. You attain the way when conditions come together. Although you have your own capacity, you practice the way with the combined strength of the community. So you should practice and search with one mind with others.

The "strength of the community" is something I've always reached out to and relied upon for my practice - perhaps more than entirely necessary at times. Three bows to all those who have sat with me since the first time I entered my late teacher's zendo in Johannesburg all those years ago.

Just a quick note to say that the next meeting will be in the New Year, on Monday 5th January. We'll be closed until then - merry, merry, merry! 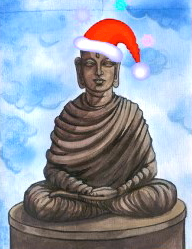 Under the Bodhi tree...

The StoneWater (Northampton) mailing list has been idle for some time now, but I'm going to resurrect it and try to ensure that some form of contact goes out at least monthly. The first one (basically the Rohatsu post below) went out today.

If you'd like to receive this email, you need to sign up at the main StoneWater Zen Sangha page: www.StoneWaterZen.org. Alternatively, you could send me an email at alasdair@gordon-finlayson.net, and I can do it for you.

To sign up at the SWZ page, scroll right to the bottom of any page on the website, and fill in this form: 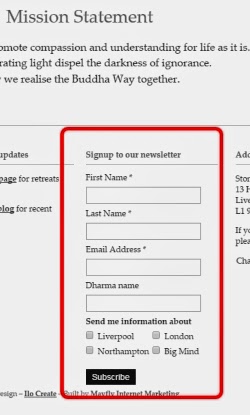 This year, Rohatsu falls on a Monday - so it seems a good idea to take advantage of this and have a slightly out-of-the-ordinary Monday meeting.

Rohatsu (which is merely Japanese for "8th December") is, in the Zen tradition, the day upon which we remember the Buddha's enlightenment. It's not merely the fact of the Buddha's realisation that we remember, of course: it's more personal than that. Recognising ourselves as Buddha, we use this time to manifest our implicit Buddha-nature. In our sitting, Buddha sits. We don't have to do anything about it: just sit.

At Rohatsu, though, we also remember the Buddha's great determination to resolve the problem that he'd been afflicted by over the previous years. How do we match this seemingly purposeful striving with the goal-less-ness of 'just sitting'? I suppose there are many ways to answer that, but for myself I can only say: get on the zafu. Don't fight with this, just sit. And return to the cushion and sit and sit again.

So next Monday, we'll observe Rohatsu with an extra period of sitting followed by a service. To ensure we leave at roughly the right time, we'll cut back on the discussion. I'm sure we'll manage a cup of tea at least!

If you've not been in a while, Rohatsu is a good opportunity to reinvigorate your practice and to re-dedicate yourself to the cause of sitting-doing-nothing. Hope to see you there. 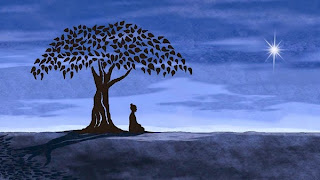 The StoneWater Sangha is a British Zen Buddhist lineage headquartered in Liverpool under the leadership of Keizan Scott Sensei. The Northampton group meets weekly for zazen (Zen meditation) and discussion on Wednesday evenings at the Quaker Meeting House. Beginners very welcome at any time.

What to do when there's no group near you?

This is a piece I wrote recently that's now been posted on the StoneWater website under " Resources ". Please do make suggesti... 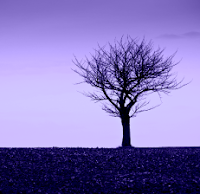 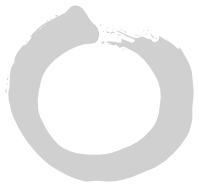